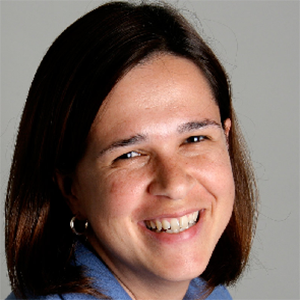 She joined the University of California, Berkeley in January of 2011. Prof. Arias was the Manager of the Printed Electronic Devices Area and a Member of Research Staff at PARC, a Xerox Company. She went to PARC, in 2003, from Plastic Logic in Cambridge, UK where she led the semiconductor group.

Her research focuses on the use of electronic materials processed from solution in flexible electronic systems. She uses printing techniques to fabricate flexible large area electronic devices and sensors. 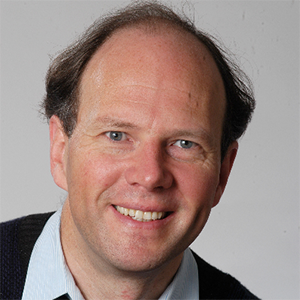 Bernhard received a diploma in Electrical Engineering from the Swiss Federal Institute of Technology (ETH), Zurich, Switzerland, his M.S. and Ph.D. in EE from Stanford University, 1985 and 1988, respectively. Prior to joining the faculty of EECS in 1991, he was a member of the technical staff of AT&T Bell Laboratories in Holmdel, NJ. Dr. Boser has was the Editor of the IEEE Journal of Solid-State Circuits and President of the IEEE Solid-State Circuits Society. He is a co-founder of SiTime, a company commercializing MEMS resonators to replace quartz crystals as precision timing references. His research focuses on sensors and sensor interface electronics. 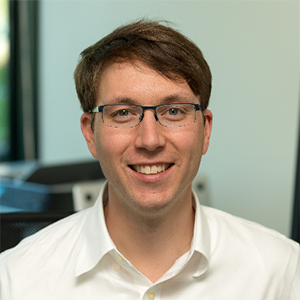 Björn Hartmann is an Associate Professor in EECS. He received a BA in Communication, a BSE in Digital Media Design, and an MSE in Computer and Information Science from the University of Pennsylvania in 2002. He received his PhD degree in Computer Science from Stanford University in 2009. His research in Human-Computer Interaction focuses on the creation and evaluation of user interface design tools, end-user programming environments, and crowdsourcing systems. Björn received an Okawa Research Grant and an NSF CAREER Award in 2012, and a Sloan Research Fellowship in 2013. 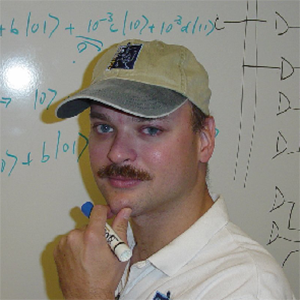 He joined the faculty of EECS at UC Berkeley in 1998. Current research includes exploring the design of extremely-wide area storage utilities and developing secure protocols and routing infrastructures that provide privacy, security, and resistance to denial of service, while still allowing the caching of data anywhere, anytime. Also, exploring the space of Introspective Computing, namely systems which perform continuous, on-line adaptation. Applications include on-chip tolerance of flaky components and continuous optimization to adapt to server failures and denial of service attacks. 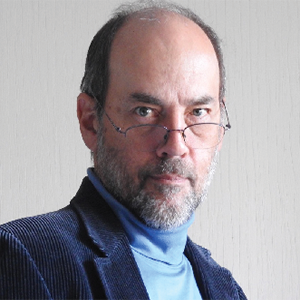 Edward A. Lee is the Robert S. Pepper Distinguished Professor in Electrical Engineering and Computer Sciences (EECS) at the University of California at Berkeley, where he has been on the faculty since 1986. He is the author of Plato and the Nerd - The Creative Partnership of Humans and Technology (MIT Press, 2017), a number of textbooks and research monographs, and more than 300 papers and technical reports. Lee has delivered more than 170 keynote and other invited talks at venues worldwide and has graduated at least 35 PhD students. Professor Lee's research group studies cyber-physical systems, which integrate physical dynamics with software and networks. His focus is on the use of deterministic models as a central part of the engineering toolkit for such systems. He is the director of the nine-university TerraSwarm Research Center (http://terraswarm.org), a director of iCyPhy, the Berkeley Industrial Cyber-Physical Systems Research Center, and the director of the Berkeley Ptolemy project. From 2005-2008, he served as chair of the EE Division and then chair of the EECS Department at UC Berkeley. He has led the development of several influential open-source software packages, notably Ptolemy and its various spinoffs. He received his BS degree in 1979 from Yale University, with a double major in Computer Science and Engineering and Applied Science, an SM degree in EECS from MIT in 1981, and a PhD in EECS from UC Berkeley in 1986. From 1979 to 1982 he was a member of technical staff at Bell Labs in Holmdel, New Jersey, in the Advanced Data Communications Laboratory. He is a co-founder of BDTI, Inc., where he is currently a Senior Technical Advisor, and has consulted for a number of other companies. He is a Fellow of the IEEE, was an NSF Presidential Young Investigator, won the 1997 Frederick Emmons Terman Award for Engineering Education, and received the 2016 Outstanding Technical Achievement and Leadership Award from the IEEE Technical Committee on Real-Time Systems (TCRTS). 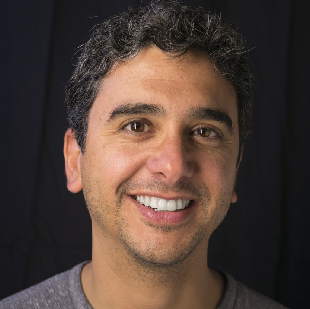 Michel M. Maharbiz is a Professor with the Department of Electrical Engineering and Computer Science at the University of California, Berkeley. His research focuses on the extreme miniaturization of technology focused on building synthetic interfaces to cells and organisms. He is one of the inventors of "neural dust", an ultrasonic interface for vanishingly small implants in the body. His group is also known for developing the world’s first remotely radio-controlled cyborg beetles. This was named one of the top ten emerging technologies of 2009 by MIT’s Technology Review (TR10) and was in Time Magazine’s Top 50 Inventions of 2009. Prof. Maharbiz received his B.S. from Cornell University and his Ph.D. from the University of California, Berkeley under nanotechnologist Professor Roger T. Howe (EECS) and synthetic biologist Professor Jay D. Keasling (ChemE); his thesis work led to the foundation of Microreactor Technologies, Inc. which was acquired in 2009 by Pall Corporation. He is a Senior Member of the IEEE (Engineering in Medicine and Biology Society) and a member of the Society for Neuroscience. Prof. Maharbiz is a Chan-Zuckerberg (CZ) Biohub Investigator (2017), a Bakar Fellow (2014), recipient of a National Science Foundation CAREER Award (2009), a GE Scholar and an Intel IMAP Fellow. Michel’s long term goal is understanding developmental mechanisms as a way to engineer and fabricate machines. 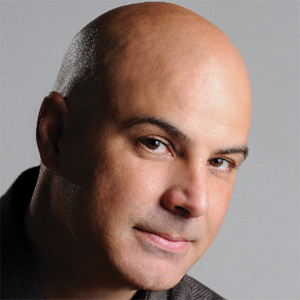 Eric Paulos is the founder and director of the Hybrid Ecologies Lab, an Associate Professor in Electrical Engineering Computer Science Department at UC Berkeley, Director of the CITRIS Invention Lab, Chief Learning Officer for the Jacobs Institute for Design Innovation, a Co-Director of the Swarm Lab, and faculty within the Berkeley Center for New Media (BCNM).

Previously, Eric held the Cooper-Siegel Associate Professor Chair in the School of Computer Science at Carnegie Mellon University where he was faculty within the Human-Computer Interaction Institute with courtesy faculty appointments in the Robotics Institute and in the Entertainment Technology Center. At CMU he founded and directed the Living Environments Lab.

Eric is a leading figure in the field of urban computing, coining the term in 2004, and a regular contributor, editorial board member, and reviewer for numerous professional journals and conferences. Eric received his PhD in Electrical Engineering and Computer Science from UC Berkeley where he helped launch a new robotic industry by developing some of the first internet tele-operated robots including Space Browsing helium filled blimps and Personal Roving Presence devices (PRoPs).

Eric is also the founder and director of the Experimental Interaction Unit and a frequent collaborator with Mark Pauline of Survival Research Laboratories. Eric's work has been exhibited at the InterCommunication Center (ICC) in Japan, Ars Electronica, ISEA, SIGGRAPH, the Dutch Electronic Art Festival (DEAF), SFMOMA, the Chelsea Art Museum, Art Interactive, LA MOCA, Yerba Buena Center for the Arts, the ZKM, Southern Exposure, and a performance for the opening of the Whitney Museum's 1997 Biennial Exhibition. 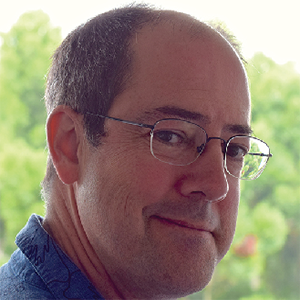 Kristofer received a B.A. in Applied Physics from UC San Diego, 1986, and an M.S. and Ph.D. in EECS from UC Berkeley in 1989 and 1992. Prior to joining the faculty of EECS in 1996, he taught in the Electrical Engineering Department, UCLA.

Professor Pister developed Smart Dust, a project with the goal of putting a complete sensing/communication platform inside a cubic millimeter. For this project, he was awarded the second annual Alexander Schwarzkopf Prize for Technological Innovation, in 2006, from the I/UCRC Association, for developing and successfully commercializing Smart Dust. He has also focused his energies on synthetic insects, which he has characterized as "basically Smart Dust with legs." Professor Pister was award the Alfred F. Sperry Founder Award in 2009 for his "contributions to the science and technology of instrumentation, systems, and automation."

Kris is a co-Director of the Berkeley Sensor and Actuator Center (BSAC) and the Ubiquitious Swarm Lab. 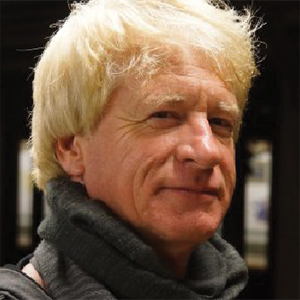 Jan received the EE and Ph.D. degrees in Applied Sciences from the Katholieke Universiteit Leuven, Belgium, in 1978 and 1983 respectively. From 1983-1985, he was a Visiting Research Engineer at UC Berkeley. From 1985-1987, he was a research manager at IMEC, Belgium, and in 1987, joined the faculty of the Electrical Engineering and Computer Science department at UC Berkeley, where he is now holds the Donald O. Pederson Distinguished Professorship. He has been a visiting professor at the University of Pavia (Italy), Waseda University (Japan), the Technical University Delft (Netherlands), Victoria Technical University and the University of New South Wales (Australia). He was the Associate Chair (EE) of the EECS Dept. at Berkeley from 1999 until 2002 and is currently the Scientific co-director of the Berkeley Wireless Research Center (BWRC), as well as the director of the Multiscale Systems Research Center (MuSyC).

Professor Rabaey has authored or co-authored a wide range of papers in the area of signal processing and design automation. He has received numerous scientific awards, including the 1985 IEEE Transactions on Computer Aided Design Best Paper Award (Circuits and Systems Society), the 1989 Presidential Young Investigator award, and the 1994 Signal Processing Society Senior Award. In 1995, he became an IEEE Fellow. He has also be awarded the 2002 ISSCC Jack Raper Award, the 2008 IEEE Circuits and Systems Mac Van Valkenburg Award, the 2009 EDAA Lifetime Achievement Award, and the 2010 Semiconductor Industry Association University Researcher Award. In 2011, he was elected to the Royal Flemish Academy of Arts and Sciences (Belgium). He is past Chair of the VLSI Signal Processing Technical Committee of the Signal Processing Society and has chaired the executive committee of the Design Automation Conference. He serves on the Technical Advisory Boards of a wide range of companies. 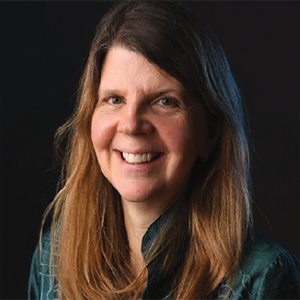 Claire Tomlin is a Professor of Electrical Engineering and Computer Sciences at Berkeley, where she holds the Charles A. Desoer Chair in Engineering. She held the positions of Assistant, Associate, and Full Professor at Stanford from 1998-2007, and in 2005 joined Berkeley. She has been an Affiliate at LBL in the Life Sciences Division since January 2012. Claire is an IEEE Fellow, and she received the Erlander Professorship of the Swedish Research Council in 2010, a MacArthur Fellowship in 2006, and the Eckman Award of the American Automatic Control Council in 2003. She works in hybrid systems and control, with applications to biology, robotics, and air traffic systems.